The following is the first in a series of posts written by 2016 MPSA award recipients highlighting outstanding research presented at previous MPSA annual conferences.

Democratic accountability requires citizens to be reasonably well-informed about political parties’ issue positions. Citizens may employ heuristic “shortcuts” to update their perceptions of parties’ positions, for a number of reasons, for example because collecting detailed political information is costly or because the political landscape is uncertain. However, such heuristics may also lead citizens astray. We identify a heuristic that citizens apply to the European integration dimension, which prompts them to make seemingly problematic inferences about party positions on this issue.

Notes. The figure charts the predicted effects of the Prime Ministerial (PM) party’s perceived shift on the perceived shifts of junior coalition partners (the solid line) and on opposition parties (the dotted line), based on model estimates presented in the article. The shaded regions are set so that the probability is under .05 that the predicted values overlap.

Furthermore, we show that citizens’ coalition-based inferences on European integration may be problematic, in that they conflict with alternative measures of party positions. In particular, neither political experts’ perceptions of party positions nor the codings of parties’ election manifestos support voters’ inference that junior coalition partners adjust their own positions on Europe in response to the PM party’s policy shift. This seeming disconnect suggests that citizens misapply the coalition-based heuristic to the European integration dimension, i.e., that they incorrectly infer that junior partners have changed their positions. However, as we emphasize in the article, an alternative interpretation is that rank-and-file citizens define party positions in terms of their short-run concrete actions, whereas experts privilege party elites’ rhetoric (and long-term positions). Although we have identified an important aggregate level pattern that supports the use of the coalition heuristic, it is difficult to parse out the relative influence of party actions and party rhetoric on citizen perceptions which is ultimately an individual-level process. Accordingly, future research may approach this topic at the individual level, using an experimental setup to enhance our understanding of how citizens formulate perceptions of parties’ issue positions.

Regardless of the specific interpretation, our results also indicate that citizens’ perceptions of party positions on Europe matter, in that citizens react to parties’ perceived shifts by updating their own policy views and/or party support. In other words, perceived party policy shifts drive partisan sorting in the electorate.

Our findings have implications for mass-elite policy linkages and for parties’ election strategies, which are important given the growing salience of Europe as displayed in the bitter public debates over the financial assistance packages offered to distressed economies in Greece, Spain, Ireland, and Portugal; the upcoming national referendum on European integration scheduled to be held in the United Kingdom this June; and the growth of radical right, anti-European integration parties such as Golden Dawn in Greece, the French National Front, the UK Independence party, Italy’s Five Star movement, and the Dutch Party for Freedom. The European issue is especially relevant to such parties’ strategic calculations, because to the extent their images as staunch anti-EU parties are compromised when they govern in coalition with a more moderate Prime Ministerial party, these radical right parties may have electoral incentives to withhold this support from the government. Following such incentives could lengthen the process of coalition formation, increase the frequency of minority governments, and constrain what governments can actually accomplish

This article is an expanded version of a summary first appearing at the AJPS Author Summaries blog. 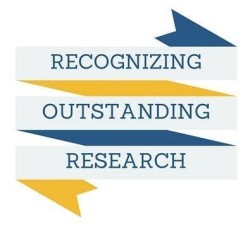 The article is now available online as an Early View publication prior to inclusion in a forthcoming issue of the American Journal of Political Science. (MPSA members: Log in at www.MPSAnet.org/AJPS to access.)