The following is part of a series of posts written by 2016 MPSA award recipients highlighting outstanding research presented at previous MPSA annual conferences.

Presidents desire to see their priority policy goals implemented. To see these policies put into place presidents need control over career executives that occupy critical decision-making positions (i.e., agency choke points) in agencies. This paper considers the extent to which federal executives occupying one type of “choke point” position—i.e., lead regulatory positions—depart with new presidential administrations, either because new presidents purposefully marginalize them or because they depart voluntarily in anticipation of a new administration.

Data
To evaluate presidential control over key regulatory positions we use creative new data on the careers of 866 persons managing major rulemakings. Existing regulations require agencies to provide information regarding all rules with more than a $100 million impact to the Office of Management and Budget. This information is published in the Unified Agenda every six months. Agency submissions must include contact information for individuals “knowledgeable about the rulemaking action.” By tracking all rules listed from 1995 to 2013 we are able to observe key regulatory personnel exiting rules prior to their completion.

Findings
Using hazard models we find evidence of both presidential influence and careerist anticipation on decisions to depart major rulemakings. Career executives are estimated to have higher probabilities of departure after a party change in the White House and during an election year if the incumbent president’s party is likely to lose. While we find no evidence that the partisanship of the regulator influences departures, we do find that regulators that donated to the out-party are more likely to depart a major rulemaking. Career executives are also more likely to depart when outside wages increase.

The evidence in the paper suggests that while new presidents do not overwhelmingly remove senior career executives from positions of authority, they still exert considerable authority over the individuals in key positions. The scope of control increases as presidents’ time in office progresses. For example, in the year before President Obama assumed office 10% of the career executives serving as the primary contact on a major rule departed before the rule was complete and another 7% departed during the first year of his administration. Throughout the tenure of a president, presidents or their appointees are able to promote career executives of their choice to a substantial number of the positions on rulemaking teams as bureaucrats either exit their positions voluntarily or are sufficiently marginalized within the agency.

Implications
Overall, the results provide important evidence that new presidents may influence the composition of the career service and its policymakers, particularly those in positions central to agency policymaking. To effectively control the machinery of public policy, presidents need to control the rulemaking process inside agencies. For presidents, one of the most direct means of securing control is embedding personnel in key positions who are sympathetic to their agenda. This happens at the top levels when presidents name new appointees to agency positions. This also happens at lower levels when appointees make decisions about which civil servants they can work with and who might be better suited for another position. Presidents can reassign career executives from key positions in order to marginalize them. In addition, career executives may exit their position in anticipation of a new administration that may be hostile to them. Thus, presidential control over key rulemaking positions is the product of both the decisions of presidents to marginalize career executives and the decisions of career executives. 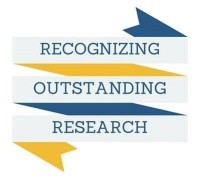 About the Authors: Kathleen Doherty is an Assistant Professor at the USC Sol Price School of Public Policy.  David E. Lewis is William R. Kenan, Jr. Professor and Chair of the Department of Political Science at Vanderbilt University. Scott Limbocker is a Graduate Student in the Department of Political Science at Vanderbilt University. Their paper “Politics or Performance in Regulatory Personnel Turnover” was recognized at the 2016 MPSA Conference with the inaugural Kenneth J. Meier Award for the best paper in bureaucratic politics, public administration, or public policy.