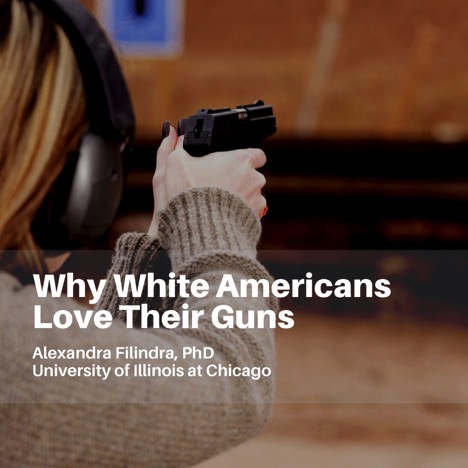 Before we get to why many Americans are so attached to firearms, there are some facts to know about guns in America. First, there are 250-350 million firearms in private hands (Cook and Goss, 2014). Since we don’t allow gun registration, the numbers are fuzzy; but that is a lot of guns. Second, according to NORC at the University of Chicago, the proportion of gun-owning households has declined from 47% in 1973 to 31% in 2014. The Census says there are about 125 million households, so about 39 million own guns. The math suggests that gun-owning households own an average of 6 to 9 firearms. Gun hoarding is a thing in America. Third, studies indicate that about 75% of all gun-owners are white (ANES 2012 Time Series Study), so white representation among gun-owners is much higher than among the general population. Finally, with the exception of Switzerland which also has universal military service requirements, no other developed country has such a heavily armed civilian population: this is clearly an American phenomenon, a facet of American exceptionalism. So, why do so many people, especially white Americans have such an attachment to guns?

Fear of crime is a tempting answer. Surveys say that 48% of gun-owners cite “protection” as the key reason for owning guns, up from 26% in 1999. However, crime today is down compared to the 1990s. According to the Department of Justice, in 1991 the homicide rate was 9.8; in 2010 it had dropped to 4.8. Not only has violent crime declined, but whites are the group with the lowest victimization rate. From 1980 to 2008, on average, there were 4.5 white but 27.8 Black victims of violence per 100,000 Americans. Add to that the fact that white neighborhoods typically have better policing than Black neighborhoods and fear of crime loses its explanatory appeal. African-Americans who have good reason to fear gun violence are far less likely to own guns.

Former slave, Fredrick Douglass offers a different answer: there is “something ennobling in the possession of arms,” he said in 1863 (Emberton, 2013). For a great many white people, guns are important not for their practical utility but for the image they convey and the feelings they generate in their owners. In short, guns are not about duck hunting, or even crime protection; guns are about respect.

The cultural importance of the firearm goes back to the Revolution and the myth of the citizen-soldier. Despite General Washington’s contrary opinion, the rhetoric of the era endowed the Patriots with three virtues: independence, armed masculinity, and moral righteousness. Since the new Republic explicitly rejected religion, heredity, or ethnicity as the bases for citizenship, these values became the markers of the “true” American. The righteous man who was ready to fight for liberty deserved the title of citizen.

Heroic as this myth was, American history shows that it served to justify racial hierarchies. The armed protector of liberty was a white man. As historian Francois Furstenberg has argued, liberty and resistance went together only for whites. It is not that Blacks haven’t fought in every war including the Revolution. They have. But the double standard of American culture, present to this day in modified form, suggested that an armed Black man was a criminal. In his horrified response to the slave rebellion in San Domingue, Thomas Jefferson makes it clear that slaves fighting to rid themselves of masters are not patriots, but murderous savages.

Douglass hoped service in the Union Army would elevate Blacks to the status of citizenship. He was only partially right. Armed self-defense never meant the same thing for Blacks and whites as the resistance to Black militia attests. Only white gun ownership reflected virtue; Black gun ownership spoke of violence. More recent case in point: the horrified white reactions to claims of armed self-defense by the Black Panthers in the 1960s.

Since the 1960s, reactionary movements have interpreted minority groups’ efforts to ensure equality as an assault on the status of whites. Conservative intellectuals argued that race-conscious programs disadvantage whites, and many whites agree: 37% of all whites, but in a 2015 UIC Survey on Gun Control, 47% of white gun-owners say that the government “does too much” for Blacks. Experimental evidence strengthen the correlational results by showing that exposure to pictures of Blacks depresses support for gun control among whites (Filindra and Kaplan, 2015).

Given that firearms carry such a strong association with notions of virtuous white citizenship, it is not a surprise that white Americans who feel socially devalued and who attribute the change in their status to unfair gains by Blacks would see in firearms a symbolic way to regain respect: to be seen as noble and virtuous citizens. In this sense, gun rights are arguably the most persistent vestige of white privilege. 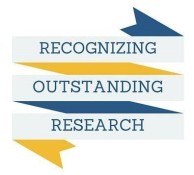 About the Author: Alexandra Filindra, PhD is an Assistant Professor of Political Science at the University of Illinois at Chicago. Filindra and co-author Noah Kaplan were awarded the Lucius Barker Award at the 2016 MPSA Conference for the best paper on a topic investigating race or ethnicity and politics and honoring the spirit and work of Professor Barker for their work on “Racial Resentment and Whites’ Gun Policy Preferences in Contemporary America”.