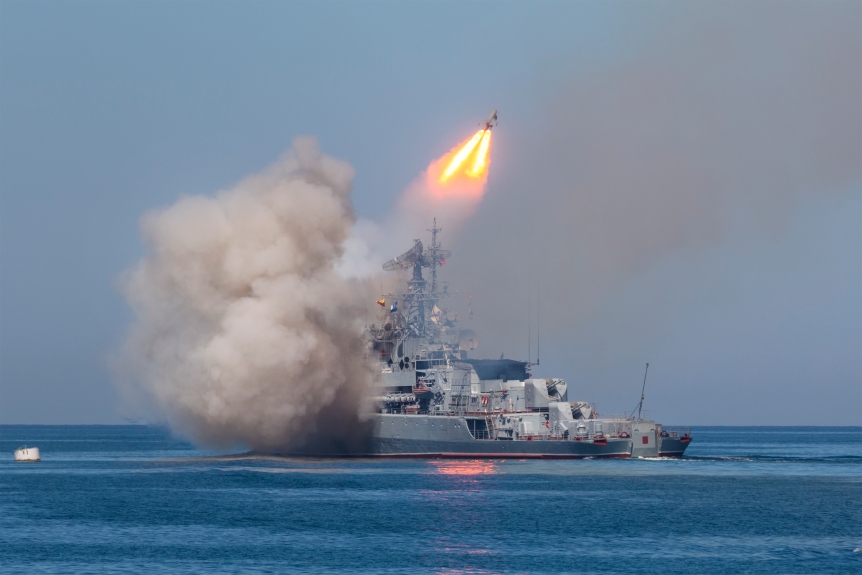 “There’s not any sort of option where a political solution is going to happen with Assad at the head of the regime…. regime change is something that we think is going to happen because all of the parties are going to see that Assad is not the leader that needs to be taking place for Syria”  – U.S. Ambassador to the United Nations, Nikki Haley (April 9, 2017)

As the ongoing and complicated intrastate war in Syria festers in the shadow of the tragedies in Cambodia, Rwanda, Somalia and Kosovo and the smoldering conflicts in South Sudan, Burundi and Ukraine (to name only a few), the latest action by the Trump Administration is worthy of examination. Ongoing calls for direct intervention to stop flagrant human rights violations have not yielded real results. It begs the questions of the responsibilities of the state for the welfare of its citizens and what responsibilities other states have to those impacted by intrastate wars.

The answers may indicate a reappraisal of the concept of sovereignty and internationalize the protection of human rights. Humanitarian intervention can be defined as the threat or use of force by a state, group of states, or international organization to protect people in the target state (Murphy). The debate around the issue of protecting of human rights juxtaposes interventions in support of universal human rights against the premium of national sovereignty (Booth). Third-party state(s) intervention can be examined through the prism of two questions. First, what is the status of “sovereignty” if a government exercises authority or acquiesces to actions detrimental to the citizens? Second, can a new paradigm of legitimatized humanitarian interventions be reconciled with the asymmetry of power between states?

The state is a pillar of the international community where the sovereign state is the primary and most powerful actor in international relations (Mearsheimer). Others argue, however, that the state has lost some of its potency as a political variable and have elevated the role of non-state actors Keck & Sikkink. Further, the authority of the state “is, increasingly, being either shared with, sustained by, or constrained by these proliferating authorities” (Strange). Yet persuasiveness of either position is debatable. Following the Bush administration’s (mis)adventures in Iraq and Afghanistan, the Obama administration’s reticence about direct involvement in regime change and nation building was understandable. Some suggest those were lessons too-well-learned leading to an overly hands-off policy. In the case of Syria, the Assad regime remains the de facto and de jure government of Syria with all the rights and responsibilities represented in part by its seat at the U.N. Recent developments under the Trump Administration is a pivot in this crisis. The firing of 59 missiles at a Syrian airbase by the U.S. Navy on April 7, 2017 should cause pause about the role of powerful states in the international community. The position of the Trump Administration is further complicated by the seemingly contradictory statements on Syria. First U.S. Secretary of State Rex Tillerson stated that the attack was a one-off event in response to the chemical attack on civilians by Syria’s Assad regime on April 5, 2017 and that the removal of President Assad is not the number one priority for the U.S. Then, the U.S. Ambassador to the U.N. Nikki Haley said that peace is not possible in Syria while President Assad remains in power (Schulberg).

An examination of the U.S. policy developing out of the Kosovo intervention in 1999 may clarify the state’s criteria for supporting humanitarian intervention. Following President Clinton’s March 24, 1999 speech on U.S. involvement, then-National Security Advisor, Sandy Berger, offered three criteria underpinning the policy: (a) there must be genocide or ethnic cleansing; (b) the U.S. must have the capacity to act; and (c) a U.S. national interest must be at stake (Brown). It should be noted, however, that the commitment to act does not reflect any international commitment but primarily reflects U.S. interests. Using this as a benchmark, does the decision to Syrian attack satisfy these criteria? Clearly, there is genocide and the U.S. has the capacity to act. Establishing the validity of the third criteria is a bit more nebulous. Is the disaster in Syria a threat to U.S. national security? The debates continue on this issue.

This dynamic of intervention policy and use of force for humanitarian interventions, concerns some states. Smaller and weaker states are concerned that this trend makes them possible targets of “humanitarian intervention” by stronger states. A Reuters report on the North Korean response is exemplary of this concern. The unnamed North Korean spokesperson is reported as saying that the Syrian attack supported and justified its drive for nuclear weapons as a shield to any possible intervention. As a U.S. aircraft carrier strike group heads to the Korean Peninsula, Secretary Tillerson states that the North Korean nuclear missile program is dangerous and something must be taken to stop it. While the U.S. appeals to China to do more to rein in North Korea, the U.S. President tweets that the U.S. will deal with the Korean problem even without China’s help. Meanwhile, the North Koreans state they will respond to what it calls reckless aggressive actions by U.S. (Reuters). Further, Russia and Iraq who are allies of the Assad regime characterize the U.S. missile attack as aggression which crosses “red lines” (Reuters). Cynics may wonder if that is the same “red lines” President Assad crosses when he bombs and gases civilians. Finally,

Despite discussions about prevention and enforcement of international law (Wang; Damrosch), the focus continues to be on armed interventions (jus ad bellum or “right to war”) and the nexus between protection and international criminal tribunals (jus post bellum or “justice after war”). The 2011 removal of President Gadhafi and the ensuing chaos in Libya is a good case study for the disadvantage of not having an international agreement on guidelines and frameworks for interventions (Thakur). It is unclear, however, how far the Trump Administration is willing to go in Syria, North Korea or anywhere else based on the current mixed signals about its guiding policy or plan of action.

Meanwhile, wars smolder and rage in the hotspots around the world precipitating death, destruction of vital infrastructure, internal populations displacement, refugee crises, and economic pressure on neighboring states. Without clear international leadership, a seemingly paralyzed global community struggles with sporadic attempts at cease fires, limited humanitarian aid and now a 59 missile attack on a single target is characterized as a response to genocide.

About the Author: Harold Young is an Assistant Professor at Austin Peay State University in Clarksville, Tennessee. His research area is Public Law and examines an American and comparative perspective on judicial institutional changes and decision making. Previously, he was a health communications project manager, a social worker and an attorney-at-law. He can be reached via email at youngh@apsu.edu.