By Tiffany D. Barnes and Abby Córdova, University of Kentucky

The following is part of a series of posts written by MPSA award recipients highlighting outstanding research presented at previous MPSA annual conferences and in the American Journal of Political Science. 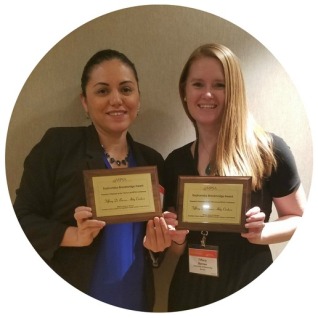 Gender quotas have been adopted in over a hundred countries in an effort to address gender disparities in national legislatures. Latin America has been a pioneer region in the implementation of gender quota laws, in which the state requires political parties to place female candidates on their party ballot. As of 2017, all but two countries in the Latin American region had implemented a state-mandated legislative gender quota. In our award-winning article, “Making Space for Women: Explaining Citizen Support for Legislative Gender Quotas in Latin America”, published in the Journal of Politics (JOP), we carry out the first systematic examination of citizens’ views about gender quotas, and what makes them more or less inclined to support this gender equality policy.

To evaluate the extent of citizen support for quotas, we utilize a survey question included in the 2012 round of the Latin American Public Opinion Project (LAPOP) survey which covered 24 countries. On a scale from 1 (strongly disagree) to 7 (strongly agree), respondents were asked their extent of agreement with the following statement: “The state should require political parties to reserve some space on their lists of candidates for women, even if they have to exclude some men.” Based on data for this survey item, we find that the average level of support for gender quotas in the region is 5 points on the 1-7 scale. There is, however, wide variation in support levels across countries, ranging from 3.72 in Trinidad and Tobago to 5.95 in El Salvador (see Figure 1). As depicted by the frequency distributions of the gender quota item across countries in Figure 1, there is also substantial within country variation in quota support. Our article seeks to shed light on this puzzle, what explains differences within and across countries in citizen support for gender quotas in the Latin American region?

To address this question, we have developed a theory that emphasizes citizen preferences for government intervention and the extent of governance quality to explain citizen support for gender quotas. We focus, moreover, on how these two factors differentially influence men’s and women’s quota support. In this summary, we highlight two findings from our research. The first finding is that citizens’ normative beliefs about the role of government in society are important determinants of support for quota policies, which helps explain within country variation in support for quotas. Consistent with our expectations, high support for government involvement results in stronger quota support among women than men—most likely because women are more prone than men to attribute gender disparities to unfair treatment rather than to women’s decisions, which makes them more supportive of government intervention to improve gender equality. We illustrate this result in Figure 2, which plots the predicted probability of expressing strong support for quotas on the y-axis as support for government involvement increases across the x-axis.

We also find that citizens rely on heuristic information they draw on from their national context to determine their level of quota support. Differences across countries in the level of quota support are largely explained by governance quality. A government’s track record of governance quality serves as a cue to citizens trying to decide their level of quota support, and men are more inclined to resort to this contextual information than women. Given that men are less likely to see gender quota policies as serving their interests, men rely more heavily on cues from national context than on policy content to form their opinions on gender equality policies. In countries with a better track record of governance quality, men in particular become more confident that state-mandated gender quotas might be a good idea. Figure 3 plots this relationship. Specifically, we show the predicted probability of expressing strong support for quotas on the y-axis across different levels of government capabilities across the x-axis. The results plotted in Figure 3 indicate that in countries with better governance quality, the gender gap in support for gender quotas disappears.

The stronger effect of governance quality on quota support among men than women suggests that good governance may also narrow the gender gap in citizen support for other gender equality policies such as fair pay and equal access to employment. Beyond gender issues, governance quality can play a role in shaping support for other affirmative action policies currently topping the agendas of political elites and international organizations such as state-mandated quotas (or reserved seats) for ethnic and religious minorities in political decision-making bodies. Consequently, although political values such as support for government involvement may help explain attitude formation for policies intended to improve the lives of marginalized citizens, support for affirmative action policies in general is likely to be highest in countries with good governance. We are examining some of these issues in a new book project that leverages experimental data to test the theoretical mechanisms proposed in our JOP article. 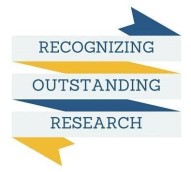 About the Authors: Tiffany D. Barnes and Abby Córdova are Assistant Professors in the Department of Political Science at the University of Kentucky. Their research “Making Space for Women: Explaining Citizen Support for Legislative Gender Quotas in Latin America” was recently honored with the Sophonisba Breckinridge Award as the best paper on the topic of women and politics presented at the 2016 MPSA conference.