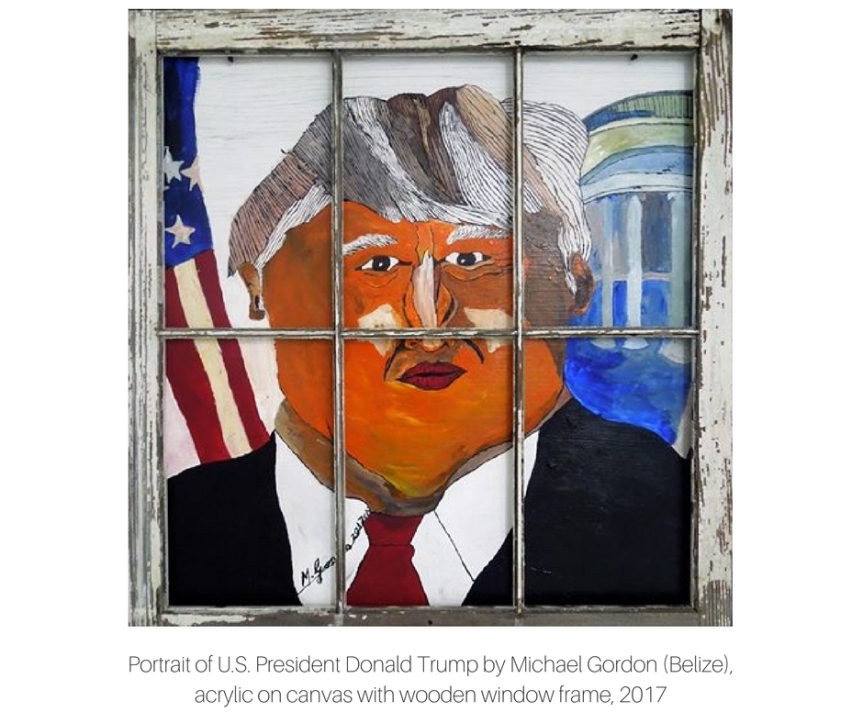 The sun blazed, cooled only by sporadic showers, during my recent visit to the Central American and Caribbean nation of Belize where I spent my formative years. The size of Massachusetts, Belize is racially and ethnically diverse population of 332,000 that depends heavily on U.S. for trade, investment, and tourism. A cross section of people receive remittances, vacation in and access tertiary and medical institutions in the U.S. My goal during this visit (in addition to enjoying family, friends, the cuisine and seasonal fruits, indulging in the local beers and rums, and avoiding a painful sunburn) was to capture a local snapshot of the Belizean view of the U.S. and the current Trump administration.

After a few days, you quickly glean that Belizeans are passionate about domestic politics and versed in international politics. In a parliamentary democracy patterned on the British system (Grant 1976), domestic politics is close-up, dirty and discussed openly. Assad Shoman, a local political observer, diplomat, writer and academic challenges Belize’s classification as a liberal democracy (Diamond 2002). The United Democratic Party and the opposing Peoples United Party have trade terms governing through many election cycles of bitter partisan fights that merely entrench the status quo (Shoman 1987). Shoman’s (1987) characterization of the democratic system in Belize questions whether elections in Belize make a difference to the lives of ordinary people. His assertions that there is little to differentiate the two major parties and public disillusionment with both arguably puts  the country in the category of an “electoral democracy” described by Diamond (2002) as based on degrees of “freedom, fairness, inclusivity and meaningfulness of elections” (170). I suggest Shoman’s observations are arguably still true today.

With an uncensored press and freedom of expression (Balboni, Palacio and Awe 2007), there have emerged numerous newspapers and many radio and TV stations with a plethora of channels carrying U.S. and international programming that bombard Belizeans twenty-four hours a day. Particularly popular are BBC International, MSNBC, CNN International, Al Jazeera, and the major U.S. outlets: ABC, CBS, Fox, and NBC. Domestic and international events are passionately discussed in homes, on beaches, in bars, on street corners, in barbershops, and online. Despite love of county, there is widespread disenchantment with local politics and politicians (Shoman 1995). Belizean views of U.S. and the current administration, however, are more complicated. As many have relatives in the U.S., emotional and economic ties are strong. The U.S. is admired, loved, feared, disliked, envied, and made fun of in a deep love-hate cauldron. Belizeans love American pop, hip-hop and R&B music, Disney characters, hamburgers and fries, reality TV, the NBA, MLB, and the general notion that America can be a land of opportunity. Any combination of those elements fuels the exodus of Belizeans to the U.S. (Vernon 1990). Conversely, Belizeans are suspicious of U.S. foreign interventions, dislike the “ugly American” tourists and the rehashed refrain from then-candidate Ronald Reagan during the 1980 presidential campaign to “Make America Great Again” (Margolin, September 9, 2016). My conclusion is that the locals view Donald Trump and his administration’s policies with a combination of bewilderment and amusement. Both reactions stem from the conclusion that the most powerful country on earth has elected a president who seems as visionless and as tainted as many of the local politicians and administration. One friend referred to Trump’s election as a “self-inflicted wound” which is a phrase often used in the U.S. media for President Trump’s actions and proposed policies (See Borger, January 29 2017; Lake, May 11, 2017) and mused about the specter of China or Russia filling the possible super power vacuum (Graham-Harrison, Luhn, Walker,Sdghi and Rice-Oxley, July 7, 2015) .

The most widely read bi-weekly local newspaper is the Amandala. In addition to standard editorial content, a health section, classifieds, and advertisements, each edition contains a smorgasbord of local crime, sports, local political intrigue, and international news. A snap shot view of this newspaper from June 15 through July 20 provides an interesting picture. Based on a cursory count of the ten issues over five weeks, there is an interesting distribution of subjects (See Figure).

There are 64 international articles (15% of all articles in sample) averaging 6.4 per issue. Of 64 articles, 10 articles (16%) discuss the U.S. and the current administration; none of which discuss the administration in a favorable light. An article reprinted in the Amandala entitled, Donald Trump at the Abyss, Ford (July 12, 2017) concludes, “Nevertheless, the real danger to the Republic are the intentional and malign acts of a soulless presidency that will haunt this country for years after the man with the Tiny hands is forgotten.” Belizeans still feel connected to the U.S. but with an increasingly negative view of the U.S. (or disappointment) for electing Donald Trump. Belize is not alone. A recent Pew Research poll of thirty-seven nations reflects a significant drop in the favorability rating of the U.S. under President Trump when compared to President Obama. 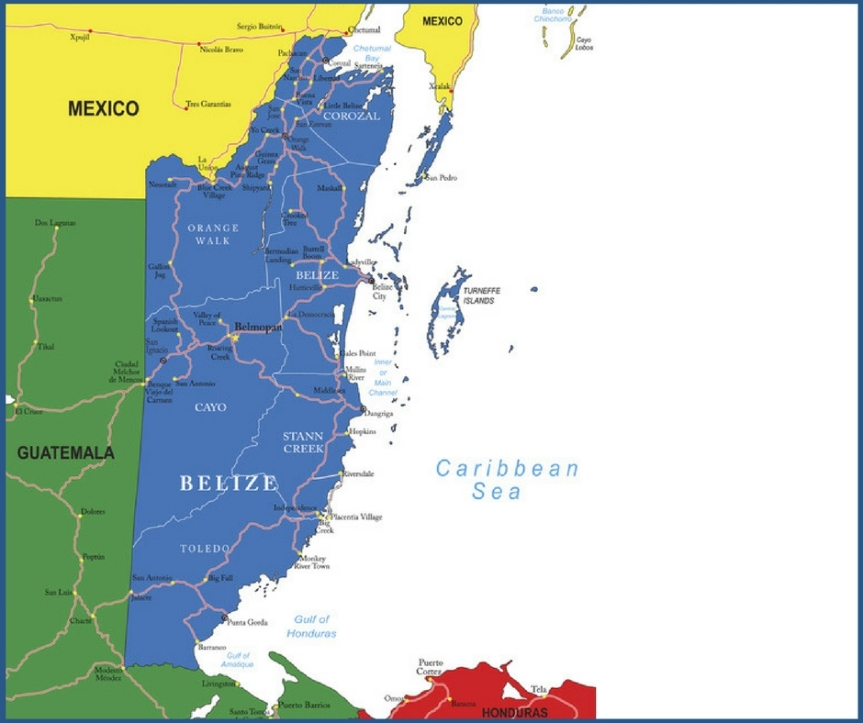 Considering the media coverage (Ford August 7, 2016) and my personal discussions (absent formal opinion polling), it is not a stretch to conclude that most Belizeans do not have a favorable view of Donald Trump and his administration. The artist and educator Yasser Musa captures this in his poem Tea with Trump. Musa eviscerates Mr. Trump’s character, hubris and domestic and international policies. A collage of images and footage of the artist Michael Gordon painting a portrait of Mr. Trump accompany the reading of the poem.

As descendants of pirate, colonial, slave and native cultures, Belizeans are a hardy people with welcoming dispositions. For this small country, therefore, drastic policy changes or instability in the U.S. is always deeply worrying. While I do not expect the current administration to precipitate a total disillusionment with the U.S., there is perceptible cynicism about U.S. commitment to the world community. Nevertheless, there remains a belief in the underlying strength of American institutions and an expectation that the U.S. will remain the stable beacon to the North. Let us hope that we all survive this tumultuous period without a painful sunburn!

About the Author: Harold Young is an Assistant Professor at Austin Peay State University in Clarksville, Tennessee. His research area is Public Law and examines an American and comparative perspective on judicial institutional changes and decision-making. Previously, he was a health communications manager, a social worker and an attorney-at-law. Contact him at youngh@apsu.edu.