By Michael A. Smith, Professor of Political Science at Emporia State University 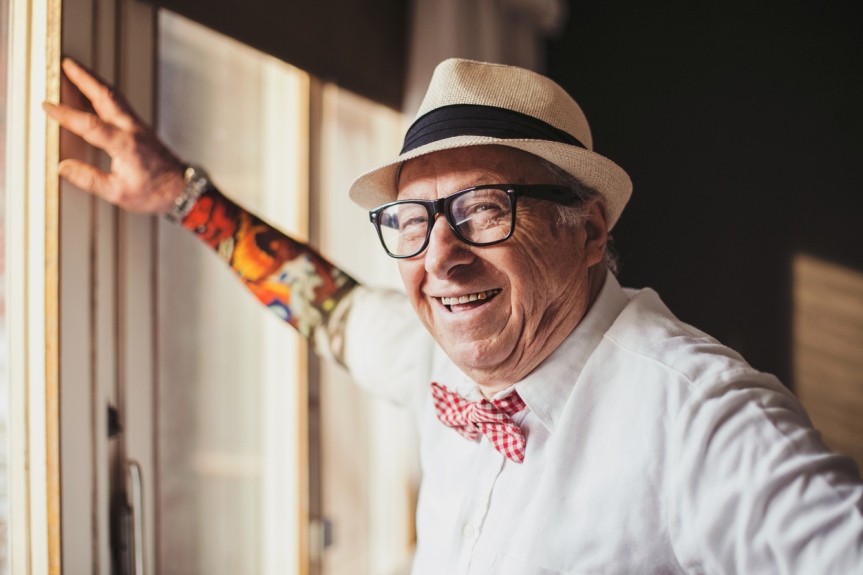 On the first day of the Midwest Political Science Conference (#MPSA18 on Twitter), I spotted both a roundtable and a vendor booth on the same topic: using Wikipedia in the classroom.

That’s right—Wikipedia may be moving from the bane of every professor to a classroom tool. The Wiki Education booth featured review copies of a new book, one professors can use to teach students the right way, and the wrong way to edit Wikipedia entries. The topic is timely. Creating or editing a Wikipedia entry is an increasingly-popular assignment in political science and other college classes. Why not? Wikipedia is here to stay, and if students are going to use the ubiquitous open-source, free encyclopedia, as they seem bound and determined to do, we may as well teach them to do it right.

Wikipedia is not the only online resource moving from “oh no, never, not in my classroom,” to useful and productive tool. For example, more and more online apps utilize smartphones as learning tools rather than classroom nuisances. Students can now use their phones to reply to flash polls or pop quizzes, with the results displayed on overhead screens in real time. I tried this teaching method a few years ago and found it kept the course fast-paced and the students involved. In the recent past, professors would warn students “if I see a phone, it’s mine.” This practice may be drawing to a close.

Professor-ing is changing in other ways, too. When I was in graduate school, there was a hierarchy of political scientists, with R1 (Carnegie Research 1) university heavy-hitters treated like pocket-protector-wearing rock stars, their panels packed at conferences while other speakers struggled to draw even a small audience. This still happens, but change is afoot. I attended a panel yesterday on the Trump election which packed the house despite featuring no big-name, “high impact factor” faculty from R1 schools. The topic itself was the draw.

Today, professors and students can make a name for ourselves almost as easily on social media as in traditional journals. George Washington University Professor John Sides has several books on the market, but he is best-known for co-founding the Monkey Cage blog, in which political scientists offer real-time analysis of current events. Once independent, the Monkey Cage has been a part of the Washington Post website for several years now. Twenty years ago, a professor making a reputation by founding a blog would have been unheard-of. Today it is increasingly common.

Twitter—the President’s Social Media of choice—is also showing strong growth among political scientists. Twitter’s algorithms make it easier to get messages to anyone with similar interests in the general public, rather than just a computer-selected group of your friends, so it makes a great resource to disseminate preliminary research findings. My colleague Patrick Miller from the University of Kansas uses Twitter particularly effectively. On tenure track at a research school, Patrick has published his share of peer-reviewed articles in traditional journals, but he also won a “Why We Love Kansas City” award from the KC area’s alternative newspaper, the Pitch. Pitch editors liked Dr. Miller’s Tweets featuring real-time political analysis, ethnic cooking, tips on making mixed drinks, and general observations about college-town life. My own grad school mentors were, and are, delightful people and fine scholars, but I cannot imagine any of them winning an award from an alternative newspaper that also features movie reviews, personal ads, and notes about the local club scene.

Finally, there is online teaching. The buzz at MPSA includes questions like, “which LMS (Learning Management System) are you using?” An online course or two per semester is now just part of a regular course rotation, and new strategies are emerging all the time to embed material and keep students engaged. Technologies like Zoom and Bluejeans (both similar to Skype) make it possible to teach “real time” online courses in which students meet face to face—almost—and hold class discussions, just like on-campus classes. These discussions are often held in evenings to accommodate nontraditional students’ work and family schedules. The earlier online era of video recording one’s own long lectures, or just having students upload work and then grading it, are giving way to a host of new approaches. Another online app offers professors the formatting tools to make every online lecture look like a TED talk– those popular, 20-minute lessons on Youtube. In fact, some political scientists have done TED talks of their own.

Professors today are trying much harder than a generation ago to make their work readable and relevant to the general public. Blogging, tweeting, and hosting a Zoom discussion are now as much a part of a professor’s day as peer review, impact factors, and literature reviews.  In the classroom, more and more faculty are coming to see Google, Wikipedia, and smartphones as resources that can be used for good or ill, rather than the bane of all good teaching.

At this point, an article like this has usually made some snarky comment about how professors no longer wear those tweed jackets with the elbow patches. In truth, many professors never wore these, while others still wear them because, well, they’re relatively comfortable, as dress clothes go. Plus, they make you look like a professor. But tweed or no tweed, it is clear that the professor’s job has shifted. Political scientists today are online, real time, and when we need to, we can say it in 280 or fewer characters– and those full-color data plots make great pictures, too. Political scientists today are live, we’re nationwide, and we’re online.

Check this blog and the Twitter hashtag #MPSA18 for more developments through the conference.

One thought on “The New Political Scientists—We’re Live, We’re Nationwide, and We’re Online”