(or, Why I am Going to Watch Roseanne)

by Michael A. Smith of Emporia State University 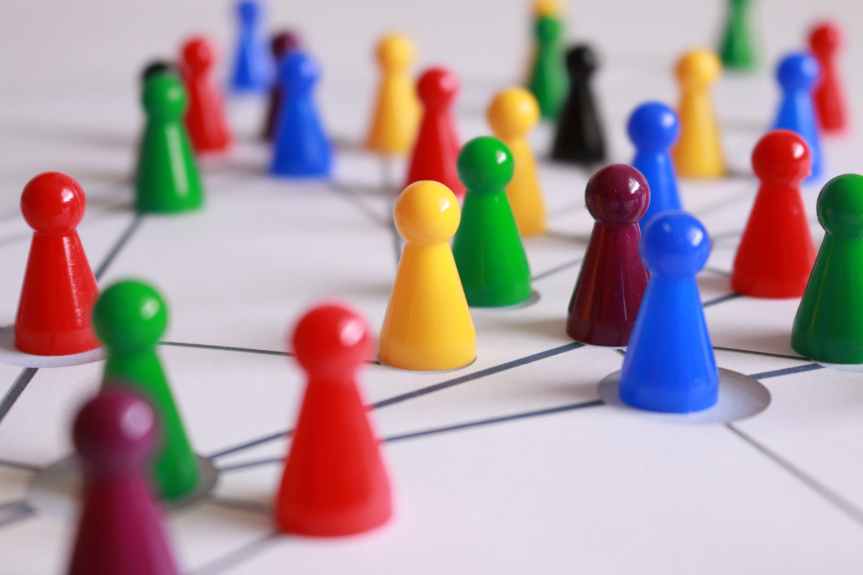 Social capital has been a popular concept in political science, at least since the publication of Almond and Verba’s classic book The Civic Culture in 1963.  The idea waned for a while, then came roaring back in the early 2000s with the publication of Robert Putnam’s widely-cited Bowling Alone. Putnam believed that too much TV time ate away the bonds that connect communities, and he was not happy about it, arguing that it weakens ties to parties, interest groups, and other connections that sustain our political system. It also leaves us more lonely.

The basic idea of social capital is that the ties connecting each us to one another are a type of capital. Instead of money or other assets, social capital is something we can use for a variety of purposes, from finding meaning to seeking work, to being active in politics via a party, interest group, or other organization. In general, the thinking goes, the thicker the bonds of social capital, the richer the political culture and the more connected we will all be.

Of course, things never seem to quite work out so simply.

At this year’s MPSA conference, recently concluded, a lot of the buzz surrounded a distinction between bridging and bonding social capital. Bonding social capital is within-group. You build bonding capital when you connect with people that have similar religious beliefs, political views, perceptions of ethnicity—some may even be your relatives. Bonding capital can provide a sense of place and meaning, help one find a home, partner, and job, and reinforce a sense of identity, but at a price. At MPSA, I witnessed several different presentations, at multiple panels, using different datasets, all reaching similar conclusions: “thick” ties of in-group, or bonding social capital make one less trustful of those outside your social group. In diverse societies or even homogenous societies where people feel threatened by those just outside their borders, strong bonding capital can worsen tensions and deepen mistrust not within, but between groups.

The downside of bonding capital reminds me of one of my favorite works in 20th century political theory. Theologian Reinhold Niebuhr’s classic Moral Man and Immoral Society suggested that the deeper the trust and deeper the ties within a social group, the more likely members of that group will support behavior and policies that were cruel, ruthless, possibly even genocidal toward the “other.” Of course, Niebuhr, a German-American whose writings had a major impact on Dr. Martin Luther King, Jr., was alarmed by the rise of the Nazi Party in Germany, but his ideas are applicable elsewhere as well. The bottom line here is, in Niebuhr’s time, and in ours, bonding capital can have a dangerous shadow side.

Fortunately, there is an alternative. Bridging social capital is built when one makes ties with those in other social groups—other religions, ethnicities, political parties, etc. Bridging capital cuts across groups rather than reinforcing in-group identity. As always, with real-world data from real-world people, the results of many analyses presented at the conference this year were mixed. However, there were enough significant results to offer hope that bridging capital can help to reduce religious, ethnic, and political tensions instead of worsening them, while maintaining that sense of belonging.

The upshot: it turns out that it is not enough to follow the advice of Putnam by seeking to build social capital. Which kind of social capital matters—and for diverse societies, rich bridging capital ties are especially crucial to avoid deepening rivalries among groups.

While it may be a stretch, I cannot resist speculating that this has rich implications for us right here in the U.S. of A. As the norm of objective news media declines and is replaced by something akin to the partisan newspapers that drove opinion in the 18th and 19th centuries, we increasingly find Democrats and Republicans with our own news—not to mention our own neighborhoods, stores, travel destinations, and hobbies. You won’t find too many Democrats at the gun club these days—nor Republicans at the yoga studio. This is a shame. We even have our own entertainment outlets. Stephen Colbert’s Late Show, basically MSNBC with jokes, has no appeal for Republicans save the love-to-hate variety, while liberals are now boycotting new episodes of Trump-supporting Roseanne.

I cannot help but think that these separate forms of news (or “news”), entertainment, working, living, and leisure are leading to the formation of more bonding capital among Democrats and Republicans, respectively, while tearing away at what is left of our bridging capital. Why else would there be semi-serious talk of impeaching every President since Clinton—who actually was impeached—not to mention widely-varying views on just about every wedge issue imaginable, including which bathrooms people use.

Maybe we need more bridging capital here in the USA. I know that for me, as a liberal, I particularly enjoy reading serious, thoughtful conservatives such as Edmund Burke, Leo Strauss, William F. Buckley, Jr., and George F. Will. F.A. Hayek brings a thoughtful libertarian perspective, too. I rarely read liberal editorials or watch Colbert or MSNBC, because I leave with my anger aroused, having learned nothing, because the ideological assumptions involved just reinforce what I already believe. Also, and I am sorry to have to be the one to say it, but Colbert’s new show just isn’t as funny as his old one was.

Between now and the 2019 conference, I propose that we all take a vow to read and discuss the most thoughtful ideas we can find, offered up by those with different views from our own. I want to better understand the views of those who disagree with me, and I’m tired of just reinforcing my own group identity. I already know what I believe, the question is what is going to challenge me and push my thinking to the next level. Like a good workout, political theory is not much good unless it has some resistance built into it.

Let’s all build some bridging capital this year.

I think I may start by watching a couple episodes of Roseanne.