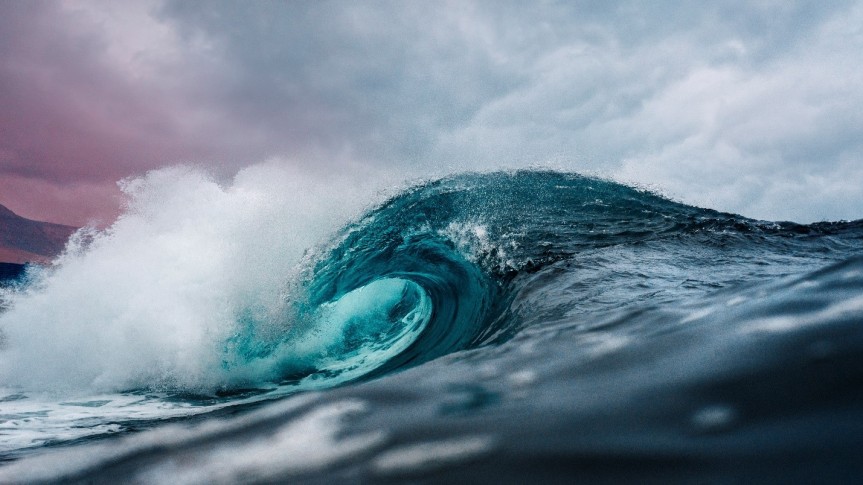 By Chapman Rackaway of the University of West Georgia

Political scientists and pundits alike face a contradictory challenge in the concept of the “wave” election. Journalists use the term commonly, and 2018 is no exception. The hashtag #bluewave is a constant presence on political Twitter feeds, and a search reveals hundreds of news articles discussing the likelihood of Democrats benefitting from just such as wave. What constitutes a wave election is a complicated matter, however, and needs some definition. Is a wave election simply when one party does appreciably better than the other? Is a specific seat gain enough to call an election a wave? Insinuated in tweets and stories about a 2018 blue wave is a sense that voters nationwide have gravitated intentionally towards Democrats with the specific goal of resisting the presidency of Donald Trump. Political science can help us bust that myth, and see that national intent during midterm elections does not exist. Democrats may do very well nationwide in 2018, but that does not mean that a national wave of support is why Democrats look to succeed.

We know some basic evidence from the discipline that puts the wave talk in perspective. First of all, incumbents are rarely vulnerable, but Jacobson (2015) shows that the incumbency advantage has been eroding recently. Still the best opportunity for Democrats to make gains in Congress or in state legislative seats is for a large number of Republicans to retire. In Congress, at least, Democrats can rely on a higher level of Republican exposure than in the last six election cycles. A total of forty-four GOP incumbents are retiring from Congress, the highest since 31 left before the 2012 elections. And Democrats have a much lower exposure rate in the House, with only twenty departures as of early August.

The Senate also looks good for Democrats, with the need to take just two Republican seats away to wrest majority control. Of the seven races listed as “toss-up” by RealClearPolitics, four are held by Democrats while three are Republican. A tied chamber is certainly possible but the Senate seems “wave-proof” in 2018.

State legislative races also can factor into a “wave” election, and again Republicans have a high level of exposure. Republicans hold majorities in 31 state legislatures, compared with fourteen Democrat-controlled assemblies and four are split between the two parties (Nebraska’s non-partisan legislature is not included here). Governing magazine rates ten GOP chambers as leaning or tossups, and Democrats have seven chambers leaning with no tossups.

Democrats have a target-rich environment, and have performed very well in special elections which Smith and Brunell (2010) show yield some predictive power. Turnout for adherents to the in-power party tends to drop off in midterm elections, too, which should hurt Republicans. Previously local-first races into a nationalized environment (see Abramowitz and Webster 2016). Add a divisive President with a lower approval rating than other recent Presidents at their midterm to mobilize Democrats, and together, the anecdotes suggest the components of a wave.

But one important factor suggests that the Democratic wave will not happen: negative partisanship. We know that the nature of partisan identification has been changing for some time, and while support for one’s own party has remained stable, the disapproval voters feel towards the opposing party has increased. Independents, long considered the swinging gate in between the parties upon which elections have hinged, are the key to Democratic success and the least likely group to vote. Calling an election a wave must mean that there is a surge of support behind it, and those support surges do not happen in the current partisan environment. Instead of getting a boost from independent and leaning-partisan swing voters who cast ballots for the opposing party in the previous election, partisans today must do a better job of mobilizing their base.

For Democrats to approximate a wave in 2018, they need to register more voters, and across the country most state-level registrations of new voters has been flat. A wave of anti-Trump resistance will not flood former leaning-Republican voters to embrace local-level Democratic candidates. Republicans do not trust Democrats (and vice versa) while independents are unreliable saviors. If Democrats do have great success in the 2018 elections, it will come instead from a methodical, state-by-state process of registering and mobilizing base Democratic voters.

Calling successful elections “waves” does a disservice to the voting public, advancing a narrative of the electorate’s motivations that does not sync with their real preferences and behaviors. Wins happen in politics, waves stay on the water.

About the author: Chapman Rackaway serves the University of West Georgia as Professor and Chair of the Department of Political Science where he teaches classes in Political Parties, Political Campaign Management, Interest Groups and Lobbying, and Campaign Finance. You can also find Rackaway on Twitter and his website.