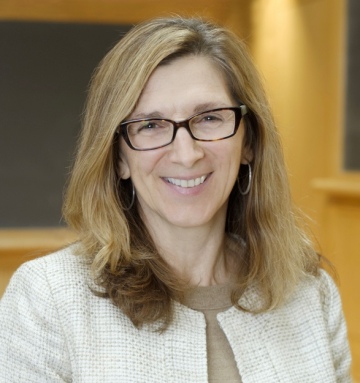 Dr. Lisa Baldez is Professor of Government and Latin American, Latino and Caribbean Studies at Dartmouth College. She is the author of Why Women Protest: Women’s Movements in Chile (Cambridge University Press, 2002) and Defying Convention: US Resistance to the UN Treaty on Women’s Rights (Cambridge University Press, 2014). Defying Convention won the 2015 Victoria Schuck Award for best book on women and politics and 2015 best book on human rights, both from the American Political Science Association. She is one of the founding editors, with Karen Beckwith, of Politics & Gender, the official journal of the Women and Politics Section of the American Political Science Association. From 2015-2018, she served as the Cheheyl Professor and Director of the Dartmouth Center for the Advancement of Learning (DCAL).

Dr. Baldez is the recipient of the Midwest Women’s Caucus for Political Science Outstanding Professional Achievement Award, to be presented at the 2019 MPSA Annual Conference during a panel on Friday, April 5 at 4:45pm.

Here we ask her a few questions about her experiences:

Q: Do you have a favorite writing resource or process to keep you motivated?
I love doing research but I sometimes find myself hewing too close to my sources and not taking enough risks to articulate my own perspective on what I’m finding. I once had my students read a draft of a book chapter I was working on; one of them (famously) said to me, “Professor Baldez, I just don’t hear your voice in this chapter.” So I rely on lots of tricks to get myself to articulate my ideas more forcefully. When I’m really on my game, I write at least 30 minutes every day, using guidelines I’ve learned from the National Council for Faculty Development and Diversity. When I’m struggling, I use the Pomodoro method where you set a timer, write for 25 minutes and then take a break, and then repeat that several times. It’s called the Pomodoro method because the guy who started it used a timer shaped like a tomato. These techniques help me get my ideas onto the page and a bad first draft is always better than no draft at all. I also find that I can express my ideas more easily when I speak them out loud—so I record myself when I give talks or lecture.

Q: Do you have any words of wisdom for first-time MPSA conference participants about the conference?
I have lots of words of wisdom for first-time MPSA goers: don’t be afraid to introduce yourself to people, stay in touch with people you meet, practice presenting your paper until you can deliver it in ten minutes. I didn’t actually do any of these things, however. What I actually did during my first couple of MPSAs reveals that many opportunities come through serendipity. One of the first panels I went to was super boring. I was sitting in the back row and about halfway through, the woman next to me and I both got up and left. We returned about 30 minutes later—each of us with a newly purchased pair of shoes in our lap. I’d never met this woman, but we were clearly destined to connect. We chatted after the panel, showed our new shoes to each other, and have been close friends ever since. At another Midwest I attended early in my career there was a long line to get breakfast at the hotel before the first panel. I ended up having to be seated at a table with someone I didn’t know. It turns out that the person was chairing a search committee for a position to which I had applied. What’s the take away message in these anecdotes? Be open to chance meetings and cultivate serendipity. Also, go to the poster sessions. It’s much easier to have conversations with people there and the people presenting posters are always so grateful for your attention.

Q: Is there anything you’d like the membership to know about your work with the Midwest Women’s Caucus?
My first academic job was at Washington University in St. Louis, where nearly everyone on the faculty attended the Midwest. My mentor at Wash U, Lee Epstein, nominated me for a leadership position in the Midwest Women’s Caucus. At first it felt a little daunting to take on that responsibility as a junior professor, but it helped me build a strong network of colleagues and introduced me to so many of “the greats” who then became mentors and friends—Dianne Pinderhughes and Paula McClain foremost among them. From there I went on to serve on the Midwest Council, where I got a broader perspective on how the discipline works. As a junior professor, I never questioned whether I belonged in political science, which at the time may have been somewhat unusual for a woman who does work on gender and politics. Thinking back on it now, my experiences with MPSA helped me to see myself at the center of the discipline. It’s customary to tell junior faculty to keep their heads down and just write until they get tenure—but getting involved with the Women’s Caucus early on made all the difference to me.

This post is part of a series of interviews with our members. Read more MPSA Member profiles.